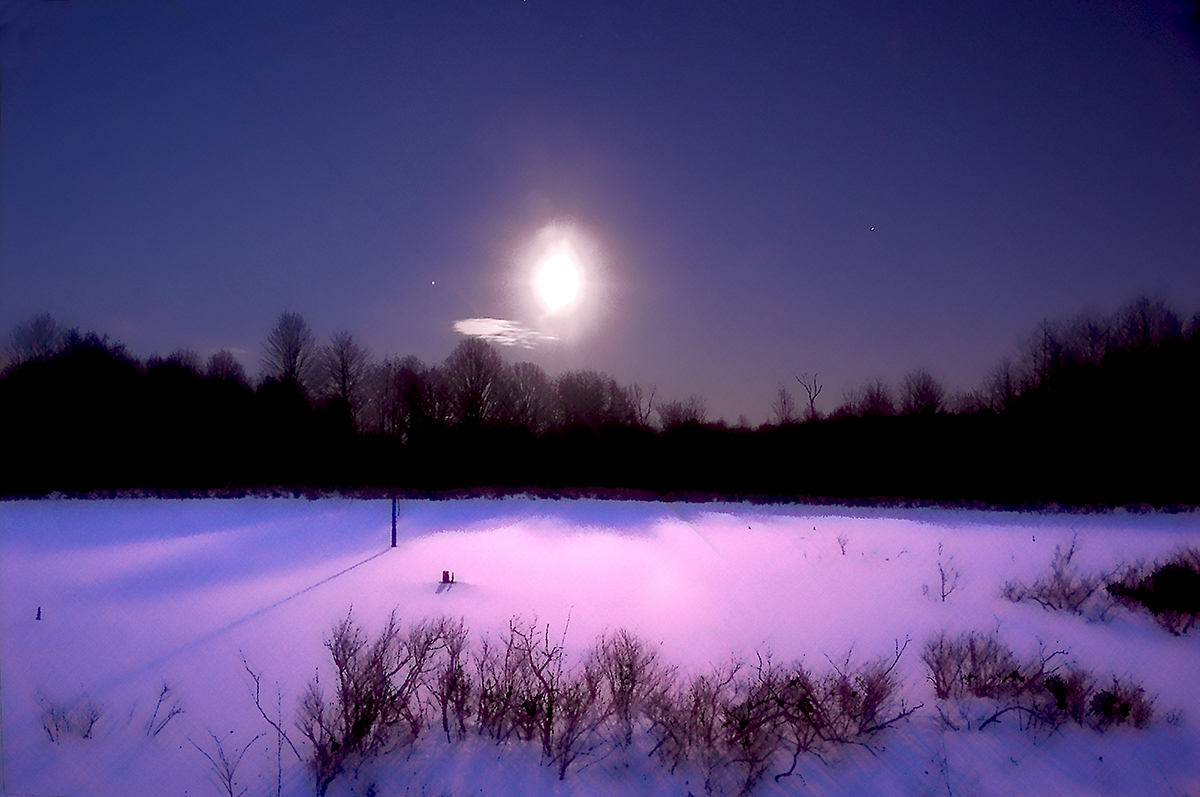 Eleven years ago this evening (Friday 1/29/21) northeast Ohio enjoyed the rare sight of a Wolf Moon accompanied by Mars rising. It was a Friday as well and I had hiked into the northwest end of Schweitzer’s marsh shortly before sunset hoping to get a good view. I was facing southeast across a stretch of ice where I had tracked coyotes earlier that week. It was a particularly cold evening as the temperature had dipped to about 10 degrees. In an unnerving moment, a coyote let out a single howl behind me just as the landscape began to saturate with an otherworldly, lavender hue … a fascinating phenomenon as the color arrived with numinous, almost palpable weight, quite unlike the shades of red and orange that filter through the dense atmosphere at sunrise and sunset. Indeed, short wavelengths of blue and violet typically scatter at those times of day and cannot be seen. The lavender disappeared in less than an hour as abruptly as it had arrived.
Last night’s full moon here in northeast Ohio had neither the crystal skies nor the lavender atmosphere but hopefully some of you experienced the mystery of a Wolf Moon nonetheless.