Posted on Apr, Thu, 2021 in Landscapes, Musings from Still Point 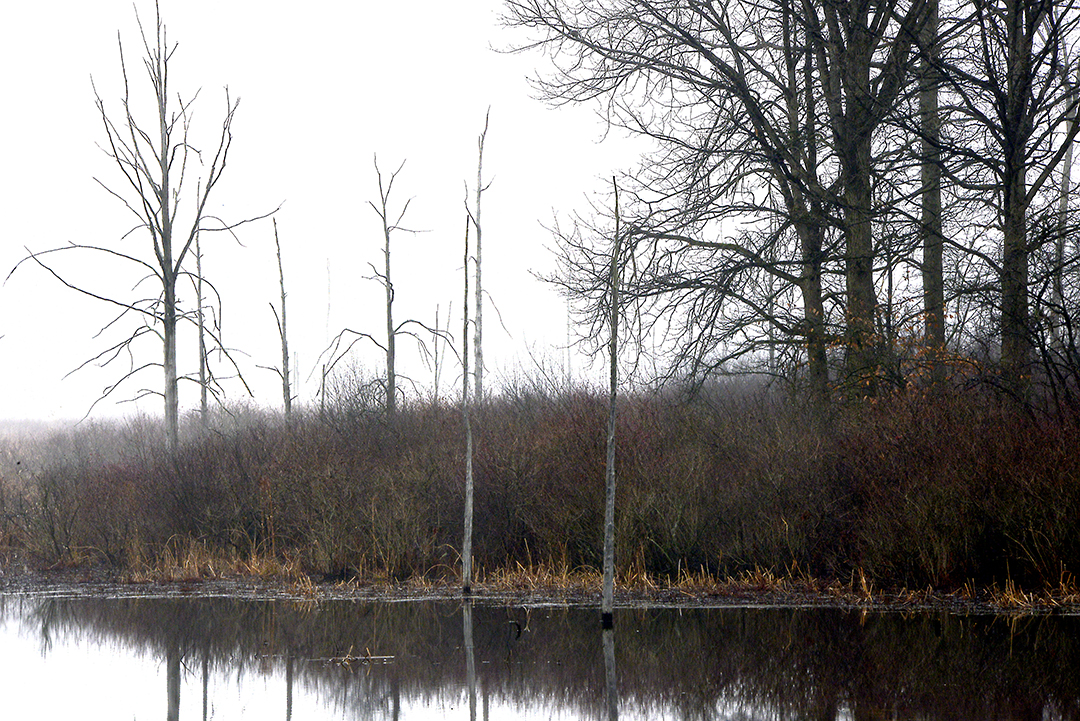 Fog was descending along the banks of Schweitzer marsh as gilded shocks of grass struggled to hold the early morning light.  Shortly before daybreak, night air had collided with warmer open waters creating pockets of fog that shrouded the thickets of black willow and shoreline sedge. And beyond the rushes and silt banks, century-old pin oaks, the elite denizens of these wetlands, still stand, sharing ground with their scions, adding dimension and solitude to the landscape and bringing to mind a quote by Thomas Mann:

The second half of Mann’s proposition seemed particularly prescient as spring, 2021 had arrived gently in northeast Ohio with temperatures in the 50’s and 60’s. Nothing in this early spring image could suggest the unseasonable, unfathomable year of death that preceded. Reflecting on nature’s sublime beauty as it aligned with the equinox that day, my thoughts turned to news that Coronavirus deaths had exceeded 557,000.

How can we square in our minds a physical reality that holds at opposite extremes such profound beauty and tragic loss? With varying success, poets and other artists have plumbed this contradiction. And, in a perverse twist of irony, Joseph Stalin perhaps understood it best when he remarked, “A single death is a tragedy, a thousand deaths a statistic.”