Posted on Jun, Thu, 2021 in Uncategorized 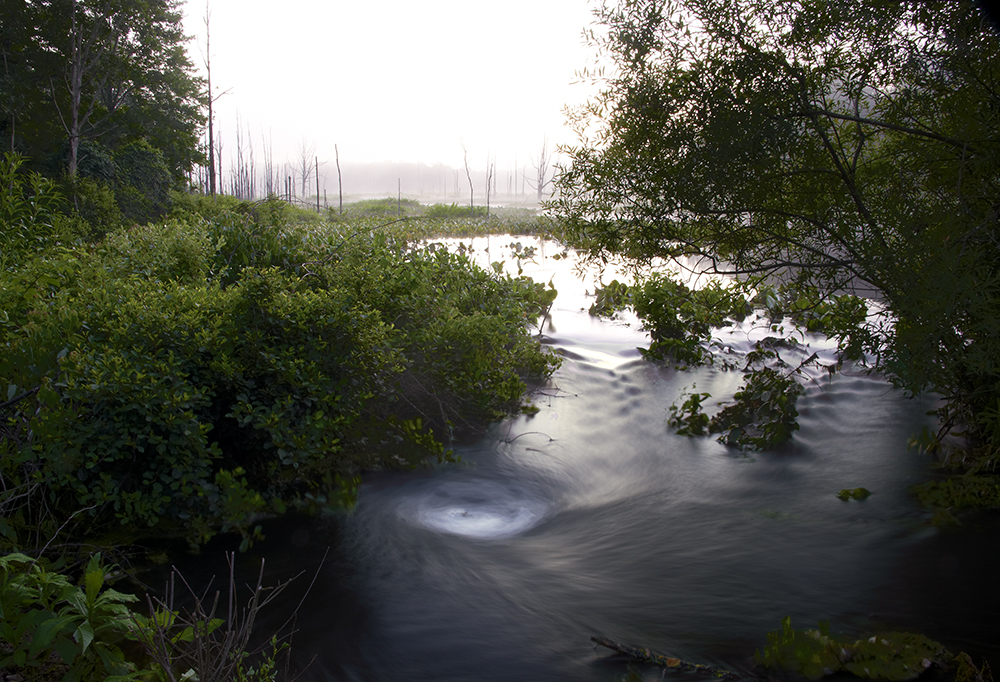 About an hour before sunrise, July 12th, 2012, I drove to Schweitzer marsh to commemorate my father’s birthday as I had every year since his death six years earlier. It was the first area we explored together when I was a child and it was there I realized how deeply nature had imprinted itself on him.
The marsh, apart from its impact on my youth, holds a mystic sense of place where I still go to reflect and plumb old memories. On these “birthday” sojourns, putting my own long held beliefs in naturalism aside, I’ve imagined receiving some numinous sign of his presence – a product of the magical thinking that I’ve carried well beyond my early years, no doubt. Always hoping for a sign after his death, I did have an eagle dip within a few feet of my head on one occasion; almost tripped over a newborn fawn on another and unintentionally enraged a ground-nesting redwing blackbird at daybreak one morning, but none of these really represented anything out of the ordinary or that I hadn’t experienced before. And though I usually hiked out of the marsh by late morning without the incorporeal revelations I had longed for, my hew to naturalism remained intact and old memories were invariably revived and strengthened.
This July morning mist hung over the warm waters as I made my way along the western bank in the twilight of early morning, absorbed in the reverie of time foregone. I had almost reached the tree line bounding the waters at the north end when I noticed a disturbance; less than fifty feet offshore a whirlpool, a vortex as wide as one’s shoulders, making no discernible sound. The only noise was the chime of redwing blackbirds awakening as morning’s light gave form to the preternatural. No rushing, sucking sounds of turbulence, not even the soft, sibilant gyration of otherwise languid water, nothing audible from the visual frenzy of the maelstrom. Only the disquieting chaos of the whirlpool, spinning still against the surrounding glass-surfaced tranquility of the marsh.
It put me in mind of Thomas Cole who had pioneered the “Hudson River School” movement in the 19th century, and created the idea of an “American sublime” in the spirit of Edmund Burke’s work in England 50 years earlier.  Cole had become one of my parent’s favorite artists after they toured the Hudson River valley on their honeymoon. Building upon Burke’s assertions that beauty and the sublime could co-exist but were nonetheless mutually exclusive, Cole’s paintings gave rise to an American aesthetic that depicted the sublime more viscerally, as nature’s ability to provoke terrifying power and mystery through the inclusion of great storms, raging waters, overwhelming mountains and the like.
In a comparative “stretch”, and in their banal majesty, Ohio’s 21st century landscapes occasionally bestow sublime moments – this whirlpool struck me as one. The spontaneous and unexplainable vortex held at once a beautiful and primeval aspect, even the terror of nature’s unknowable. With no apparent destination, water and matter were being entrained and funneled into the white froth, circling about the surface, suspended briefly then descending into the mystery beneath. In those moments I observed the whirlpool, I was struck by the beauty of mist shrouding the distant pin oaks, ghostly, dead for generations, silently guarding secrets.
When I left the marsh that day the whirlpool was still rotating. I returned the next morning to find it had disappeared.
Read More