C. Geoffrey Baker is a resident of Northeast Ohio, dividing much of his time between photographing northeast Ohio’s landscapes  as well as  those of northwestern Michigan.  Since 1970 he has spent several weeks each year visiting Lake Michigan’s shores.  Over the course of these years, he has been a consistent award-winning photographer, however, it was not until 2006 that he scaled back his business interests and dedicated most of his efforts to fine art photography.

In 2007 he had his second solo gallery opening and began exhibiting his work in various parts of Michigan.  In December, 2008, he completed a two-month solo show at Trinity Commons Gallery in Cleveland.  In 2009 he held another two solo exhibits, one at the McKay Bricker Gallery in Kent, Ohio (February thru March), the other at the Cleveland Botanical Garden (April, May and June).  In 2011, he was invited to do a solo exhibit at The Butler Institute of American Art which ran from February 20 – April 10.  The Butler show was entitled,  “Northeast Ohio, Still”, and explored the paradoxical dimension of “stillness” in photography.  His latest solo exhibit was held in April and May at the Holden Arboretum in Kirtland, Ohio where he was selected as their 2014, Arbor Day Artist.  Parenthetically. it may be noted that Holden and the Cleveland Botanical Gardens have recently announced their merger resulting in the 2nd or 3rd largest U.S. arboretum and 13th largest botanical garden.

In 2012, Geoff published his first book, “The Way Home”, a hardbound limited collector’s edition of 100.   Expert designer, Dan Michael, provided the layout and design for this book of fine art photographs; Karen Esper, a bookbinder specializing in high quality, short-run editions assembled and bound the collection and a local printing company was engaged to produce high resolution images on archival quality paper.  Contact the gallery for availability.

Geoff also has over thirty years of executive corporate and entrepreneurial experience leading a variety of small and large companies. He managed Republic Steel’s principal corporate product group and served as Chairman of the General Motors negotiating committee.  In 1987 he completed the “turn around” of Pennsylvania Rolling Mills (former CR Strip division of National Steel) and subsequently directed the buyout of BP’s Cast Alloy Parts division where he served as CEO. He has worked for CWRU developing strategic partnerships with industry and, more recently, was responsible for the business operations, strategic planning and reengineering of a national healthcare company.  He is the founder and principal of Executive Partners, a management consulting firm serving both “for profit” and “not-for-profit” organizations.  He serves on the Board and Executive Committee for Fieldstone Farms, Therapeutic Riding Center.

He and his wife, Kate, opened Still Point Gallery (originally, the Mezzanine Gallery) in 2009 in Cleveland’s Little Italy neighborhood. 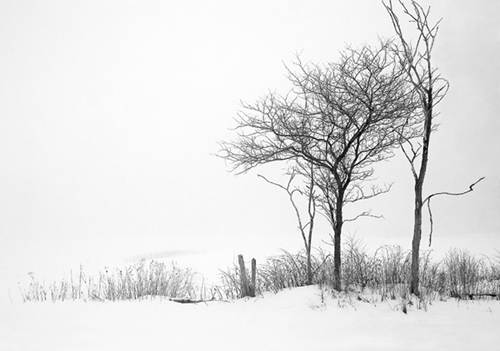