Posted on Sep, Mon, 2021 in Uncategorized 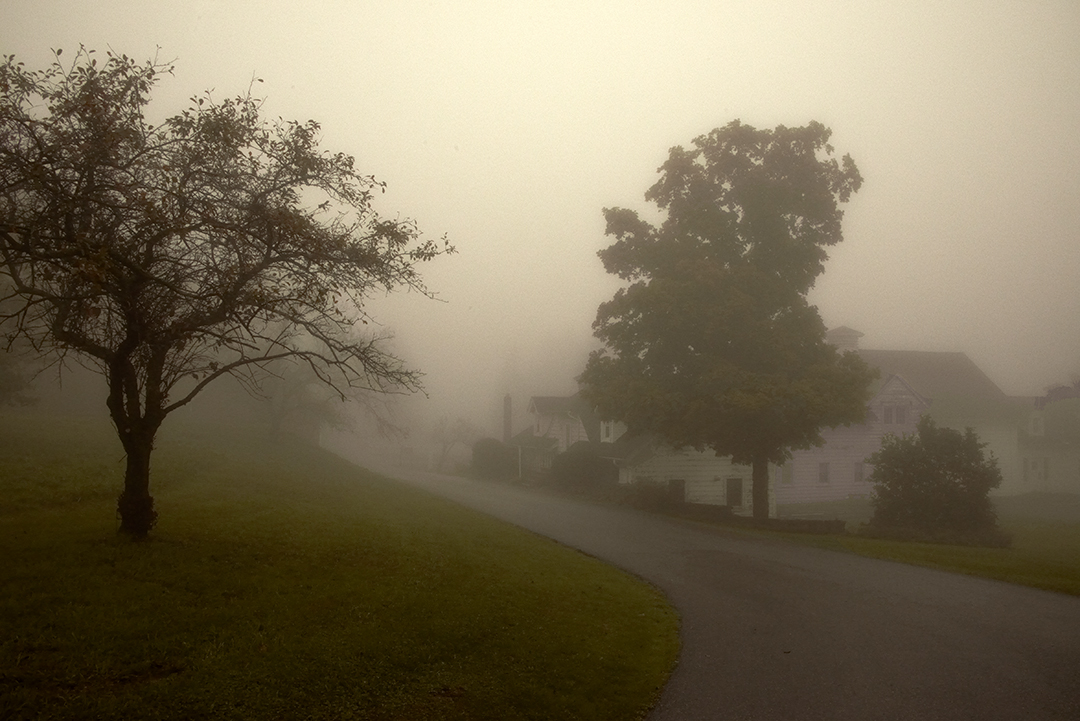 Death came for me in the dark of an early winter’s morning. Unscheduled, the day after surgery, gently she took me along a path that led in the direction of a distant cottage. No incarnate form or hooded manifestation, only her presence nearby to lead me beside the dark, meandering and indecipherable river. Illuminated by the light of night only, the path, hard-pack, tracing the river’s contours, its waters ran smooth, almost still, slow and black but for the reflected shimmer of morning stars.

In the distance a cottage, trimmed in lichen, seductive and filled with the regret of those who had passed. And night’s end now approaching, cloaked in shifting mist, a dim carriage light aside the cottage door, faint chimes beyond, insistent. Abruptly, an unspoken urgency to return … now … come … the chimes fading, distant, fading, fading, a silent lament beyond the bed, beyond sleep, a dream perhaps.

Two and a half years after beginning a surgical odyssey I’ve finally processed an experience that has haunted me, probably because I hadn’t really tried to address it fully until now. Recounted above is my memory as it occurred in the early morning hours a day after emergency surgery (February 23nd, 2019). I recall the detail with clarity, having resolved at the time, and since, to commit it carefully to memory. It was ethereal though quite unlike other dreams I’ve had.

Now, a year after the pandemic began, I’ve wondered if those severely stricken with COVID, perhaps after being placed on ventilators, may have experienced something similar, especially upon finding themselves at another threshold.

Note: The image here is of Squire Valleevue Farm on a foggy October morning but it stirs the senses and memory of the path I was led down as I lay in a hospital bed.