Posted on Mar, Mon, 2020 in Uncategorized 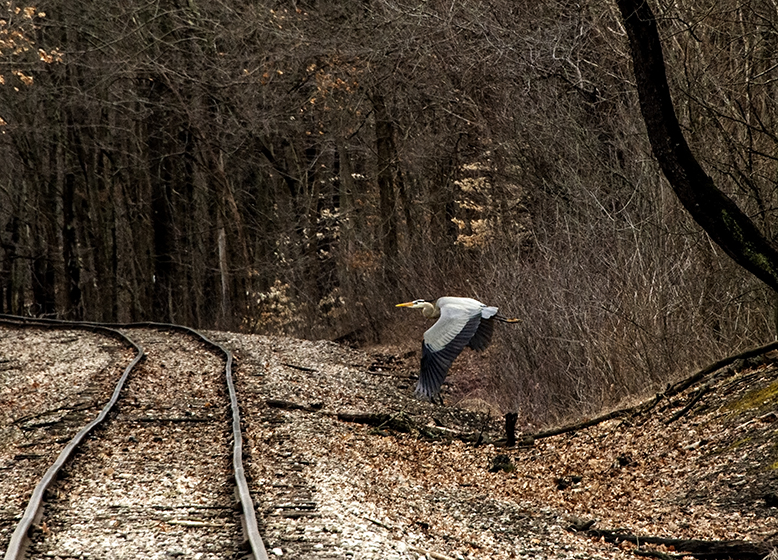 I can’t imagine any of you will be as excited as I was last Thursday to see this year’s return of the Great Blue Heron. He’s been a silent friend at Schweitzer Marsh for over a decade. I first encountered him in the spring of 2008 when he asserted his right of dominion over two smaller herons. It was a highly audible squabble of croaking and shrieks (gaw, gaw, gaw) that echoed across the marsh. I’ve observed him several times on summer mornings in standoffs with bald-eagles nesting nearby. Otherwise, he is a sovereign spirit, gliding silently, gracefully about, or standing in the shallows motionless for hours.

His presence startled me as he rose from cattails and crossed in front of me along the rails. I recently read that a heron crossing one’s path is not only a sign of luck but a time to pause, contemplate and recede from chaos. What a great notion.