“July Morning, Pentwater, Michigan”
If someone were to blindfold me and drop me out of a plane onto the shores of western Michigan, I would know exactly where I had landed. Photographing the coastline of Lake Michigan from the dunes just south of Ludington, then north to the Sleeping Bear Dunes at Empire and on up the Leelanau Peninsula to its tip at Northport, one quickly discerns the magical light that plays on the colors of the lake and landscape. The mornings are redolent of white pine and unfiltered soft light. The afternoons have their own almost palpable colors each month of the year. Even in the blue snow of winter one “feels” the golden hue late in the day.
The image below was taken last week at about 9:00 one morning looking west to Lake Michigan. I hope those of you who have not had the opportunity to drive along the west coast up though Glen Arbor and into the Leelanau Peninsula may be inspired by some of the photographs (https://stillpoint-gallery.com/baker-fine-a…/image-galleries/) in our website’s image galleries depicting this unique area. 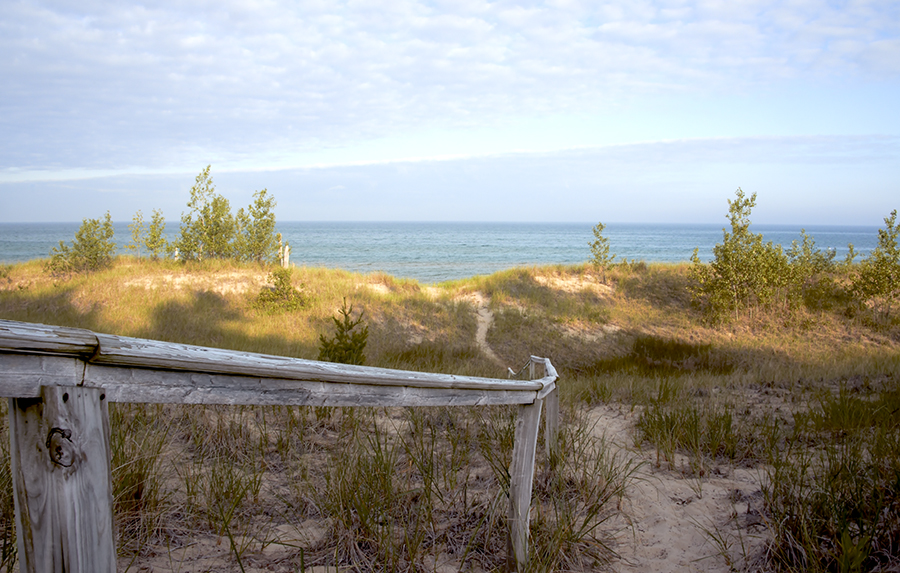