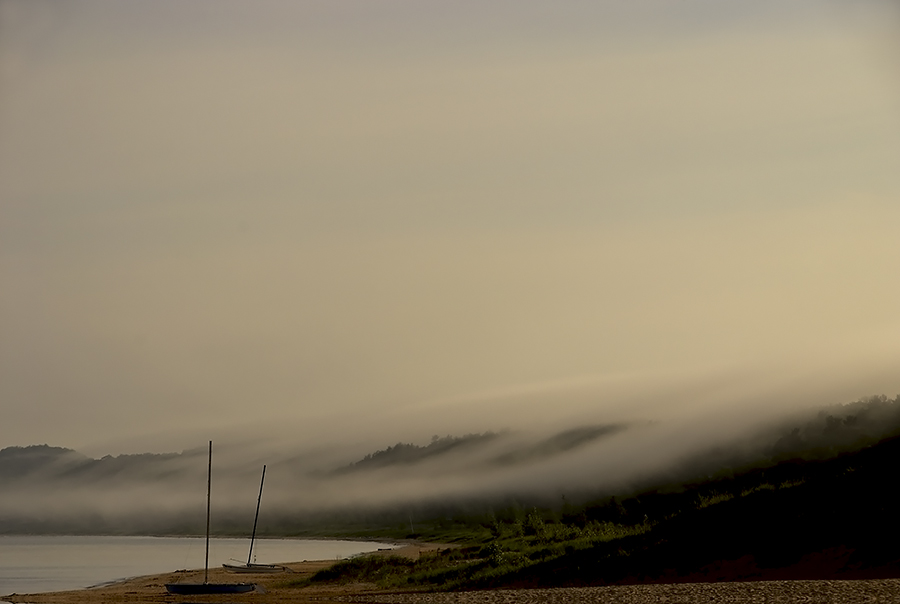 6:30 a.m., May 28, fog had settled into the dunes north of the small town of Pentwater, Michigan. It was a phenomenon unlike any I had seen in the forty-seven years I had walked these eastern shores of Lake Michigan. Occasionally, fog banks would descend obscuring the contours of the landscape but this time fog clung to the division between each dune, exposing only the tops of white pine and sporadic clumps of tag alder. As remarkably, three quarters of the scene and subsequent image were sky, tinged with subtle, almost imperceptible hues of color as the fog spreads its fingers across the dunes down to the beach.