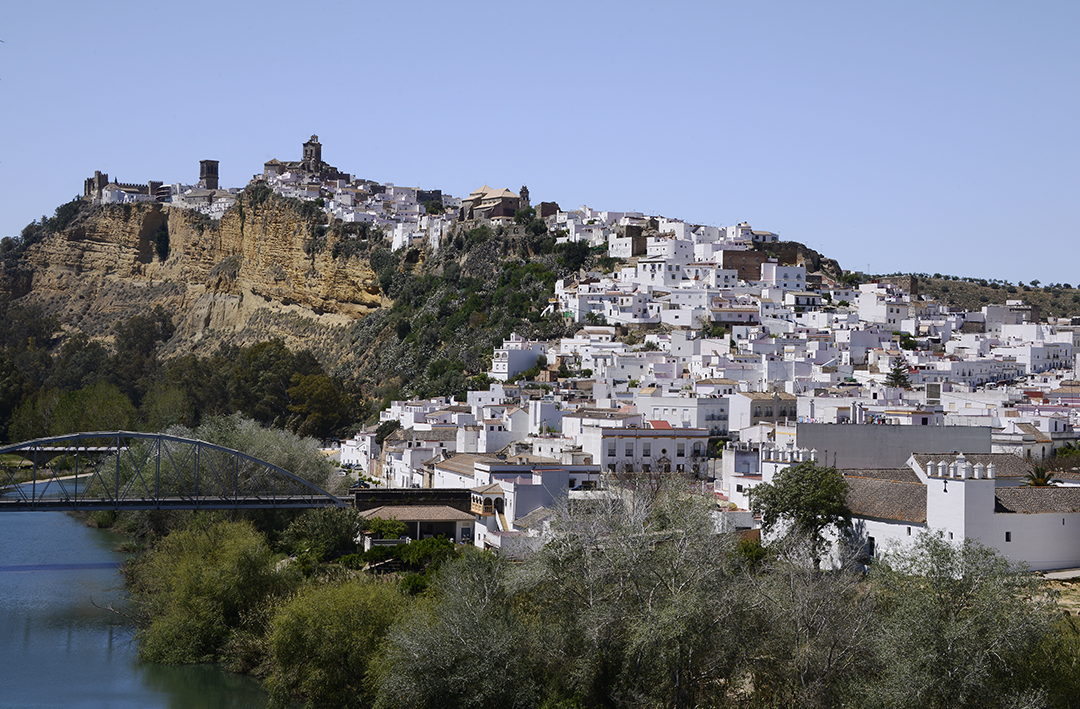 We are excited to be home but grateful for two weeks in France and Spain which included a couple of days in this extraordinary town of Arcos de la Frontera. Arcos, considered by many to be the most beautiful of the “White Hill” towns, is about sixty miles south of Seville and less than an hour from the Mediterranean. The Rock of Gibraltar is visible to the south and west. This image is deceiving as the town of Arcos spills down the side of the mountain from an altitude about 1,200 feet above the Guadelete river. In the lower left foreground is a small bridge built in the late 1800’s by Gustav Eiffel, the architect of the Eiffel Tower.

Arcos is fascinating historically as it was built by the Moors and later expanded by Christians. After centuries of battle, the Moors were pushed back into Africa in the late 15th century. The older section sits on top of the mountain (a mile from the homes in the foreground) with the Castile of Arcos and the churches of Santa Maria and San Pedro just visible (above left) in the distance.