Posted on Apr, Fri, 2020 in Uncategorized 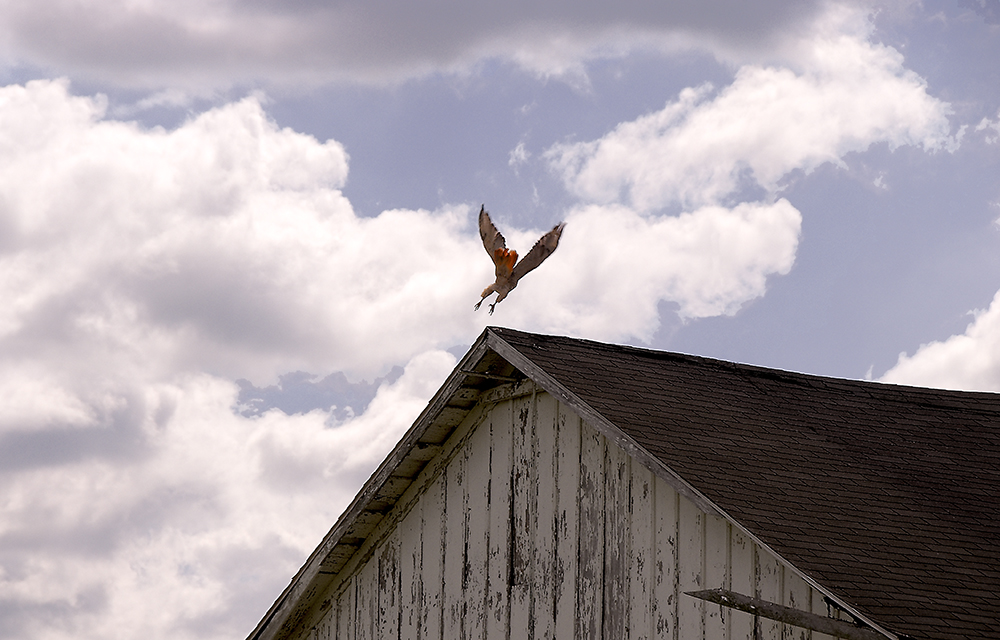 For the last 12 years this Red Tailed hawk has staked claim to the 400 acres that comprise Squire Valleevue Farm in Hunting Valley, Ohio. In 2008 I first spotted him at the east end of the farm and guessed him to be immature in light of his subdued colors. When this photo was taken in the spring two years later his red tail had become prominent and his overall coloration less mottled. Each day he traces the tree line along the farm’s perimeter keeping a mostly silent vigil over the grounds. Descending onto the ridgeline of the small barn at the east end of the property, he hunts the field mice that make the structure’s foundation home.

After the pandemic recedes and Squire Vallevue reopens to visitors I would encourage others to walk the property and marvel as he soars above.